I think that everyone can agree that in the world of programming there are a lot of frustrating and irritating things. Some of them are less annoying, some are more and they are appearing basically at random resulting in a waste of time. Personally I think the most depressing and worst thing that one can encounter is implicit and silent weird side effects. I was hit by such a side effect today at work and would like to write about is as well as (possibly) help future Googlers. 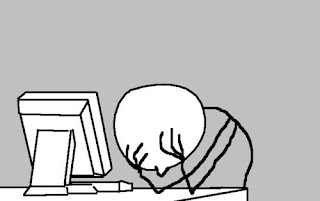 So let me go straight to the topic. Recently platform software that is used in one of our medium-size C++ projects has changed and started to require some additional shared library. Our project stopped to compile because this new dependency wasn't listed in link libraries. We thought that the fix will be as simple as appending one item to the list, but we were proven wrong. Apparently this new shared library was linked with several other shared objects and this complicated things a little bit.

So the linker could be potentially satisfied just with the dependency itself, but this is not what happens (at least with GNU ld). The linker tries to minimize a chance that some symbols will be unresolved in run-time, so it checks whether all of the symbols are in place, even those coming from the dependent shared object! This effectively means that the linker will go through all of the unresolved symbols in every shared object and check them, regardless whether it's needed or not. I think that this is a nice feature, but there's one caveat - the linker doesn't actually know where to look for sub-dependent shared objects. This must be explicitly specified.

And here comes the unintuitive thing - rpath-link. Let me start with rpath, though. When the program is built and then run, the run-time linker (a.k.a loader) will look for all libraries linked to it and map them to the process memory space. There is specific order where the linker will look for the libraries: it will honor rpath in the first place, then it will consider LD_LIBRARY_PATH environment variable and finally standard system places. The rpath-link is similar to rpath, but... it's related to link-time and not run-time (this is this not intuitive part, or is it?). The linker will utilize rpath-link to look for sub-dependent libraries (Fig. 1).

In CMake if you want to provide linker flags you need to utilize CMAKE_*_LINKER_FLAGS family of variables. And it's working perfectly fine unless you need to provide custom toolchain and sysroot (e.g. you are doing crosscompilation). Traditional way to provide custom toolchain with CMake is to pass -DCMAKE_TOOLCHAIN_FILE to cmake command. CMake will then process the toolchain file before CMakeLists.txt allowing to change compilers, sysroots etc. It's worth mentioning here that toolchain file will be processed before project command.

As you can imagine CMAKE_EXE_LINKER_FLAGS_INIT is not set to anything reasonable. So the result of this is that CMake doesn't care what you had in CMAKE_*_LINKER_FLAGS. It simply drops what've been there and replaces it with empty string. In one word - disservice.

This is not end of the story, though. CMake had one more surprise for us - to our misfortune. As some of you know, there's this useful variable_watch command available in recent versions of CMake. It allows to watch variable for all reads and writes. At the beginning we were sure that something within our build system is changing our CMAKE_EXE_LINKER_FLAGS so we used variable_watch to figure out what's going on. However it didn't indicate any modification. In the end it turned out that it does not signal anything that happens under the bonnet (e.g. it ignores what project command does to observed variable). This is a joke! 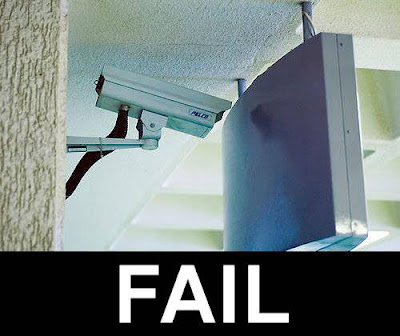 Building systems like CMake is definitely not an easy task. Especially if you are targeting lots of users and support lot of scenarios ranging from compiling simple one-file project to cross-compiling huge project with huge amount of dependencies. In our case several things contributed to the final effect, but I wouldn't say that custom linker flags in a toolchain files is a corner case. I think it should be definitely fixed some day.

Or maybe this is a feature and I'm the dumb one?